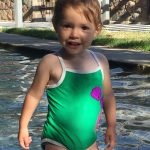 I’m doing busywork today. Organizing old papers. Vacuuming. Fixing a picture-frame. Anything, really, that might distract me from the thought of Skye’s MRI on Thursday, July 21st.  This will be her very first one, and I’m dreading it. Contemplating Thursday morning has my abdomen tied up in knots. Do I have reason to believe that […] 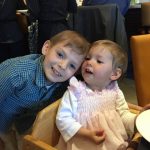 Gavin, Skye and I spent the morning in the neuro-oncology clinic to go over the results of Gavin’s most recent MRI. Once again, I’m overjoyed to report that Gav’s scans were clear. This means that we have another 6 months to go until the next one, at which point they will become annual. SIX. YEARS. […] 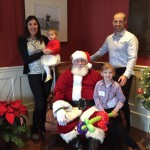