Pump Up the Volume and Keep Down the Barfs

If you had been at the Hospital for Sick Children in Toronto yesterday, you would have seen a woman in a striped shirt sternly chiding a hyperactive little boy in the line for Starbucks. You might have rolled your eyes at this lady’s major over-reaction to some 4-year-old shenanigans. Or you might have felt sympathy […]

“You have failed only when you have failed to try. Act as if it were impossible to fail and it will be.” – motto at Camp Ooch Camp. Do you remember camp? Pine trees and mosquito bites, smelling like campfire and bug spray, singing songs and learning useful skills like archery. Making new friends and […]

It seems that all of my freaking out yesterday about the ultrasound wasn’t entirely illogical. They did find something unusual, luckily it is not a malignant growth lurking in there or anything horrendous. It seems that Gavin has quite the fluid collection pooling in his lower right abdomen. It’s normal for VP shunt people to have fluid […]

A little while ago, while doing a Google search when Bean was ill, I came across mention of this syndrome. Cyclic Vomiting Syndrome. Sounds pleasant, yes? From what I understand, this consists of bouts of vomiting that arise seemingly from nowhere and with no other real symptoms to speak of. Barfing continues for a certain […] 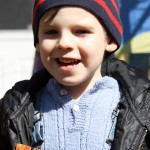 2 Tests and A Tooth

I am quite late in getting this up here but just wanted to let all fans of the Gavinator know that his most recent MRI on March 25th was clear. The months in between scans go quickly and it is always difficult getting over each scanxiety hurdle, but it does feel a teeny bit less difficult as […]

Like most four-and-a-half-year-olds, Gav can come out with some pretty hilarious things sometimes. Here are a few recent diamonds: I don’t like this plastic fork, I need a metal one. This one is so… unstabby. 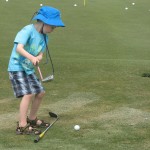 We DID get to Florida after all, although it was a near thing. I sent Mr. Gav to school on the Tuesday morning, and we were leaving on Wednesday. When I collected Beanie from school, I was alarmed to find him lethargic and exhausted. In the car on the way home he complained of being […]

Just a quick post to let everyone know that Gavin has been admitted to the neurosurgery unit for observation and hydration. He started feeling ill on Tuesday of this week (today is Saturday) and vomited a couple of times then. Wednesday he felt quite well in the morning and I was wondering if I had […]

Aaaaaand, just for something completely different, here we are again. Bean is sleeping on the couch and I am bound to the house and trying to squash anxiety and keep busy. But since we’ve been here before, every six weeks since October, I am starting to get used to this. 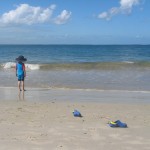 In the weeks leading up to our December 19th departure, I managed to insert the fact that we were going to AUSTRALIA into almost every chat that I had. And most of the time this info resulted in a response along these lines: “Oh you’re going to Australia, how wonderful. I’ve always dreamed of going […]