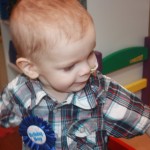 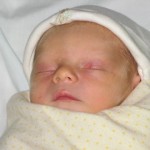 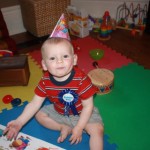 A huge milestone last weekend. On Saturday, September 3rd, Gavin celebrated his champagne birthday and turned 3. To say that we are happy is somewhat of an understatement. I am, as always joyful and grateful for the presence of my little boy in this life.

The celebration was quiet and low-key, with just the five of us at the cottage, Bean, Craig and I, Bubby and Da. I spent a large part of the day sweating over a “construction site cake” that I’d decided to bake in a moment of delusional insanity. Baking and cooking are not amongst my natural skill set. I almost lost it when my whipped cream icing refused to whip and started oozing liquid for some mysterious reason, but eventually triumphed and produced an edible result.

Bean spent the day opening prezzies and playing with them, with each new gift obliterating the memory of the last one. Craig and I, (with help from Nan and Pop) bought him a very cool balance bike, which unfortunately was over-shadowed by the arrival of a new digger from Bubby. When I asked him later on what he got for his birthday, he shouted with glee, I got a digger!!!  I kind of thought the bike would be the main event, but there you go. Most of the gifts were construction themed, as that is the general theme of  our lives lately. We spend a lot of time at “the building site” (giant reno project) across the street watching the Bobcat do its thing. A couple of weeks ago a roller appeared on our street for a patch job and I thought Gavin would explode with excitement.

For the last couple of months, I have had this amazing strategy in place whenever Gavin chucks a fit asking for something at a toy store, etc. I kept a small notebook handy, and then added his requests to “the birthday list.” This has been pure gold. The act of writing it down completely appeases him, and we all walk away happy. And he forgets half the stuff he asked for. The main items though, were: digger, crane, roller, green dump truck, cement mixer and Curious George books. He ended up with most of those things, as he will be terribly spoiled for the rest of his life.

Although we had a great day, I have to admit that the birthday celebrations were dampened somewhat for me by a vague feeling of anxiety. I am always vigilant about Gav’s health. Any slightly higher temp or runny nose sends me in to a tailspin. We got a higher than average (but not feverish) temp read on Friday night just before leaving for the cottage, and I started to mentally go through the checklist that could indicate shunt failure. Nausea, no. Lethargy, no. Irritability, no. We are still in the six-month grace period in which shunt infection is a very real possibility, and every cell in my body screams out against it. I cannot stand to see him knocked down again, especially when he is doing so very well right now and has made such huge strides. So no obvious symptoms apart from the fact that his shunt incision looked quite red, but it faded again a day or so later. He was cheery and seemed fine, but I couldn’t shake the sense that something was wrong. I know that feeling this way is normal for mothers who have been down this road, we have a hard time reacting in an appropriate fashion when something happens to our kids. But we have been in a place where a minor fall could be fatal, bruising means a transfusion, a tickly cough can send you to the ICU. Those memories and experiences are clearly effecting the way that I operate, but I acknowledge that and am doing my best to get past those hurdles.

On a cheerier note, Bean started a preschool program this week. On the recommendation of a couple of friends, we visited this little school which is called The Artful Child. The program is arts-based, (obviously) and is only mornings for the days that you prefer. To start we will be doing two days a week. I was nervous to leave him on the first day, but we had talked about what he could expect ahead of time. Their process is to have new parents sit on the couch and disengage from their kids while they explore. It worked like a charm – Bean was so busy checking out the painting table and toys that he completely ignored me. When I told him I was leaving he just gave me a hug and kiss and did not shed a single tear! Brave boy. Today worked just as beautifully and I found myself alone for awhile in the house for the first time in ages.

I am now experiencing at the three year mark what most Canadian mums feel when they go back to work after their year of mat leave and put their children in daycare. Your kid is now out there, having his own experiences and interactions of which you have no knowledge. I love getting the after-school report: We had milk and cookies or We sang songs and we sang everybody’s names or I didn’t do any gluing today but I made a painting. My big boy. 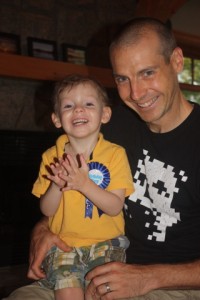 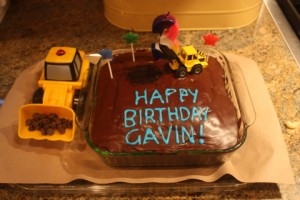