It’s been a big week. Some notes: 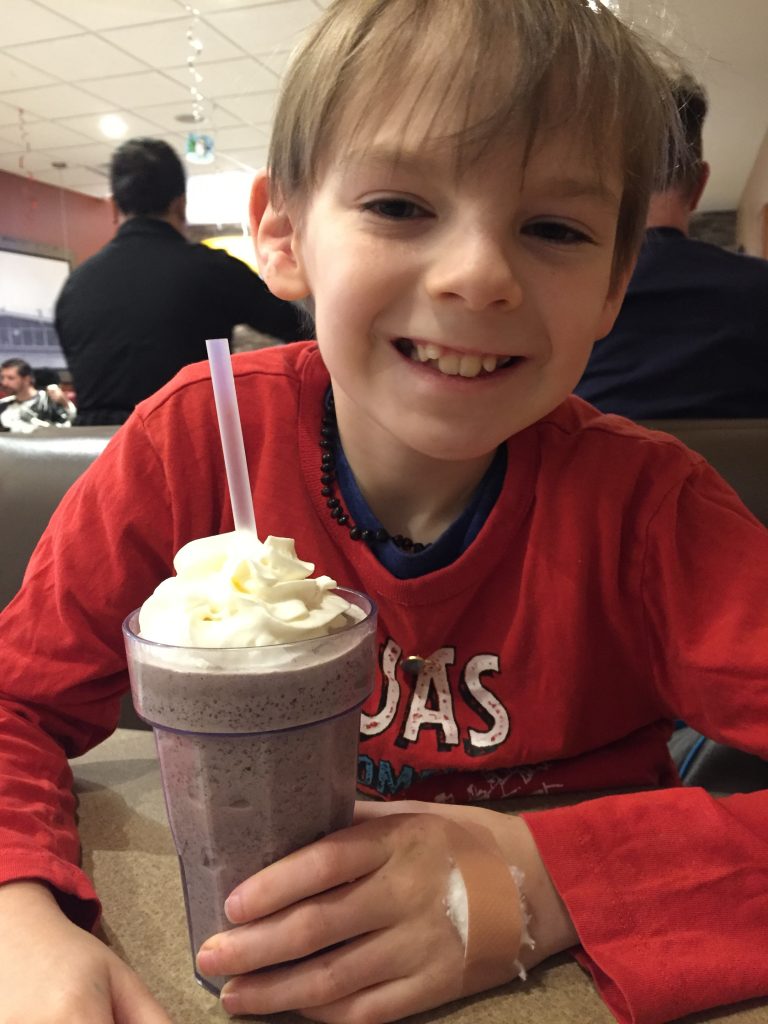 2. Skye’s MRI was yesterday. The appointment was for TWO-THIRTY. She had to fast the whole day, and was only allowed apple juice until 11:30. The order of the day was distract, distract, distract. She woke up at 5:30 and asked for breakfast. I played with her for two solid hours while Craig took Gavin out for breakfast. She was alright until after her gymnastics class at 10:30, at which point, she started to feel pretty wobbly. I think she thought if she just asked me for the right food, I would give it to her. “Mummy, I have fruit bar? Mummy, I want cashews. I need snack. How ’bout… hummus and crackers?” etc. I explained to her as gently as I could that for her “special appointment” the doctor said no food, but that we would get a treat as soon as it was done. After collecting Christine, our friend and nanny, to help, we drove to the hospital, helpless as Skye wailed the whole way asking for food. Thankfully, she was calm when we got there, distracted by new toys in the Play Park. The difficult bit was sneaking food for myself without her seeing me. In the end, the scan was done, a bit late, but no struggles after anaesthesia, which is always good. We were eating snacks and treats in the Atrium by 5:00. Needless, to say, a long day.

And now to wait for results. With no word so far today, my brain does this: They probably would have called if they’d seen something. They’ll call later to say that everything is alright. But what if the scan has just slipped through the cracks and no one’s had the time to look at the images yet, and something IS wrong, and then they’ll call me later to tell me that but I’ll be expecting everything to be okay. What if my phone rings RIGHT NOW – I’ll have a heart attack on the spot.

And so, the days after scans are long. Everything seems okay, but the fear that things are not okay is just…difficult to live with. 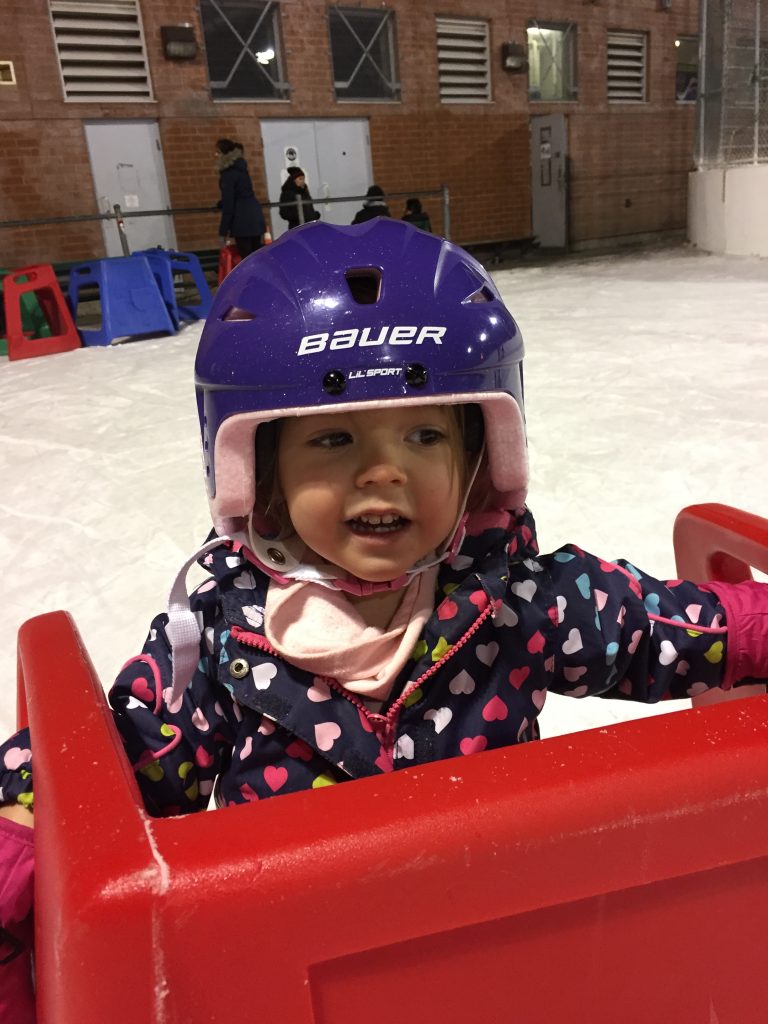 Here is a cute picture of Skye having her first skate last weekend. Something to distract me on this grey day.