With the golden light of August streaming through the windows and jacketed cool mornings, yes, we know summer is making its way to the door. There are a few scant weeks left before school is back in full swing, with Gav celebrating his 5th birthday on the very first day.

If it weren’t for the 5-day holiday we’ve just returned from, I’m not sure if I would feel that summer has happened at all.

Bean was unwell 3 days out of every week in July, and August has not been any kinder to him. He has had a bout of nausea every day for the last 10 days. Each time it pops up with the randomness of a lottery draw, forcing him to stop whatever he is doing and lie down until it passes. Looking for a pattern in the chaos makes me feel insane – is it because he ate chocolate or pizza? Is it because he hasn’t had enough water? Did he get motion sickness from a long car drive? Is he over-tired? Or over-stimulated? Is this a shunt issue. With a clean scan only a month ago, I feel fairly confident this is not tumour-related, but there are just not a lot of answers.

The only blessing here is that this feeling only results in vomiting about once a week. Still, barfing once a week is not remotely the realm of normal. And I suppose I should be grateful that the feeling often passes quickly, after a lie-down of 10 minutes or so he is often right back at it, leaping about with his usual frenetic energy.

Our recent trip was a road trip into the Finger Lakes region of New York State. We crossed the border to visit the National Museum of Play in Rochester, then headed down to Taughannock Falls State Park near Ithaca and camped for two nights. On our return we hit Niagara Falls and splashed in one of the overly-chlorinated water parks for a few hours, before Bean talked us into a round of mini-golf on Clifton Hill. Think Jurassic Park meets rubberized putters, complete with fire-belching volcano. 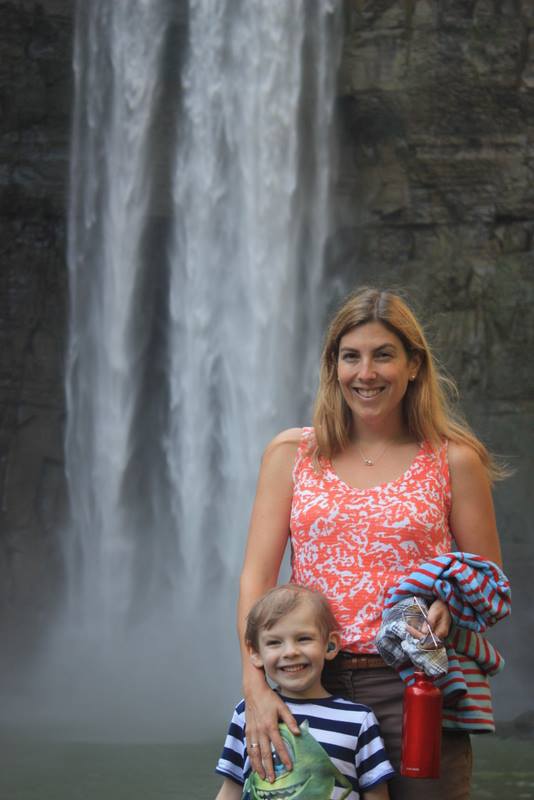 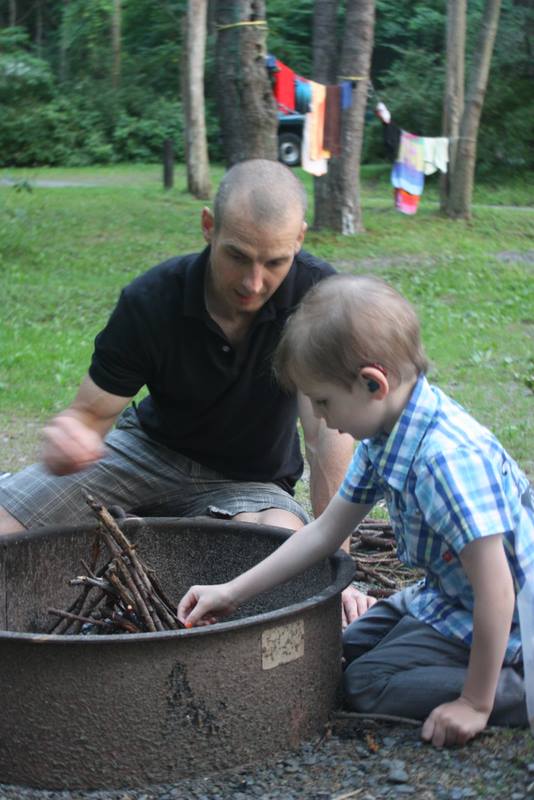 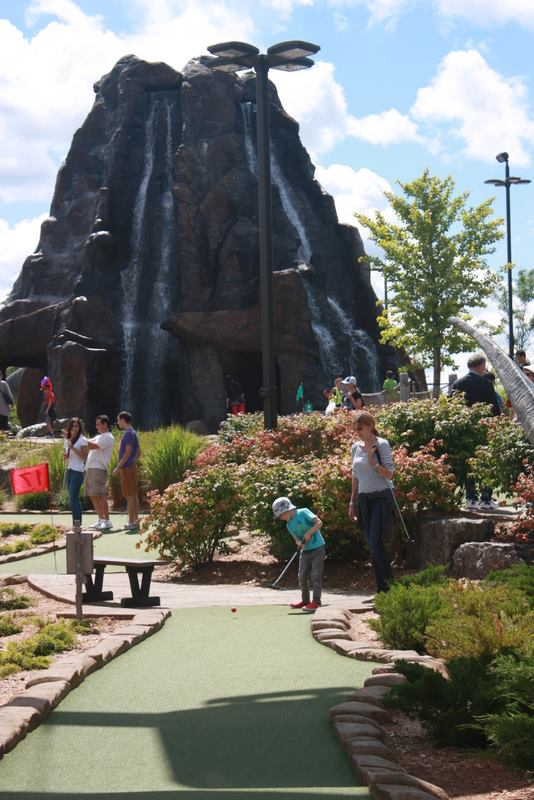 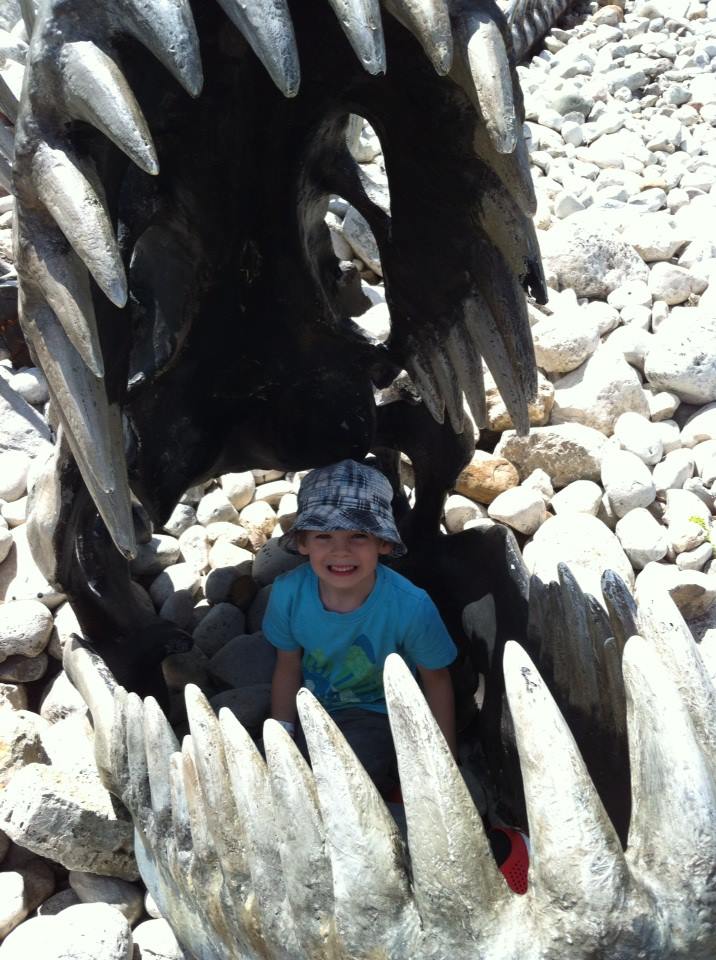 We decided before our trip to take a “ride it out” approach with how he was feeling. Each day, as soon as he feels unwell, we ask him to lie down and I rub his belly and do some deep-breathing with him, trying to funnel the yuckiness out of him. Sometimes, this approach works quickly and he’s soon back on his feet, but at other times it takes 2 to 3 hours, with a nap thrown in before all is well again.

I spoke to the nurse practitioner on the neurosurgery unit, we agreed that we are definitely in a gray area regarding his shunt. As time goes on, my gut instinct tells me this is shunt-related, but the heart-breaking thing is that the only ways to ascertain that it is, are very, very invasive. We can’t make any moves at the moment anyway, as Dr. Dirks is on holiday for another week. So I’m counting down the days and we continue to live our lives in the time between.

Today was a pretty typical day for us. I signed Gavin up for a nature camp in High Park near our home, which parents accompany their kids to. We had a lovely morning pretending to be bats and exploring the trails around the nature centre. As soon as we got home, Gav was pale and needed to head for the couch. Awhile later he thought he felt well, and was supposed to go to daycare, as he is meant to be there two days of the week, but basically hasn’t been all summer. But as soon as I rallied him to go, he got another wave of feeling “weird” and needed to lie down again. In frustration, I watched the time I had planned to go to a yoga class tick by, and then, naturally, he felt fully well again, so I decided to drop him at daycare for a couple of hours, while I frantically do laundry and bang out blog posts.

I am trying my utmost to keep some semblance of routine in this life with no predictability. But it is all taking its toll on us. While we were away, I went off by myself for half an hour to run the gorge trail to Taughannock Falls. On my return, our campsite was deserted. My first thought was that Gav was sick, so I immediately went to the bathrooms and listened outside for his voice, sure that he was in there, barfing. It was with great relief that I found the boys out for a little jaunt instead. And it it with such sadness that I can no longer conceive of a time that he is just simply well.

Despite all of our difficulties, I acknowledge that there are many who would be happy to have our problems. This hasn’t been the great summer I envisioned, but I am thankful for the times between. A wise woman said to me recently, “He isn’t dying.” That may sound harsh and not very helpful, but it is very true. He isn’t dying. And I know that.

3 responses to “Summer of the Mystery Illness”