Browse: Home / 2 Tests and A Tooth

2 Tests and A Tooth

I am quite late in getting this up here but just wanted to let all fans of the Gavinator know that his most recent MRI on March 25th was clear.

The months in between scans go quickly and it is always difficult getting over each scanxiety hurdle, but it does feel a teeny bit less difficult as time goes on. I even gave Craig permission (ha) to go out that same evening while I waited for the call at home. One of Bean’s doctors rang at 9:00 at night to tell me all was well, as I knew it would be. Still my heart hammers when the phone rings.

This last scan ends the time period of 3-4 month windows and we are now moving on to the first 6 month gap. Palpitations just thinking about it. This means we won’t be returning to MRI until… October!

Gavin and I attended clinic together on April 1st to get the news in person. There is not much to talk about these days so the actual appointment is usually short, but the waits are still, sigh, long. Still, Bean’s docs are thrilled with him and happy to see him thriving.

In fun and exciting times, Gav has lost his first tooth and was ecstatic to get a visit from the tooth fairy and  the Easter Bunny in the same weekend. 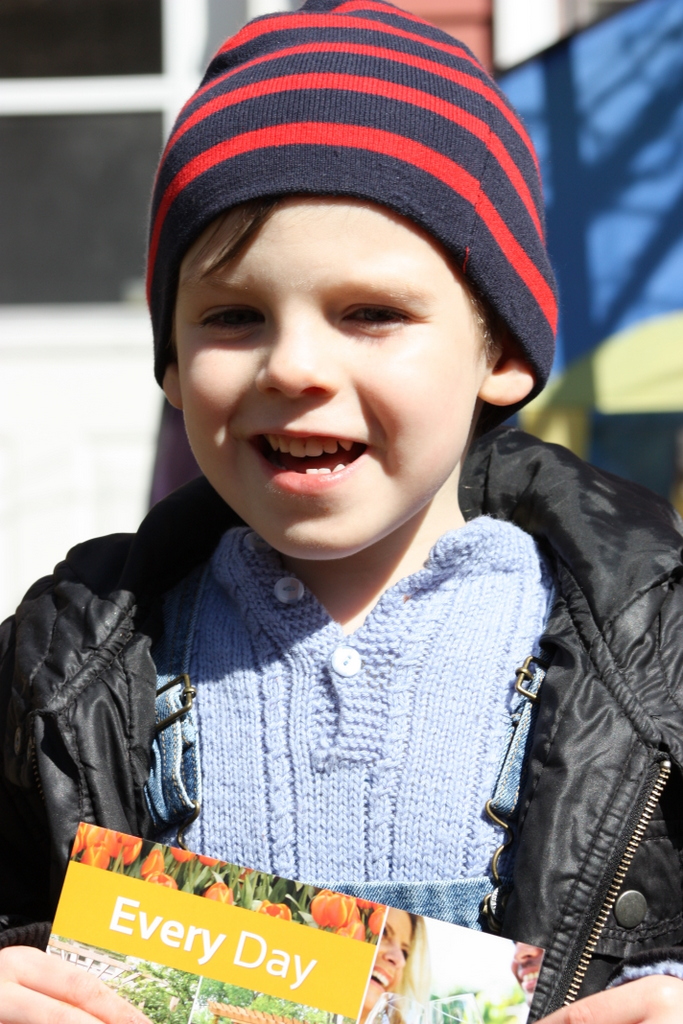 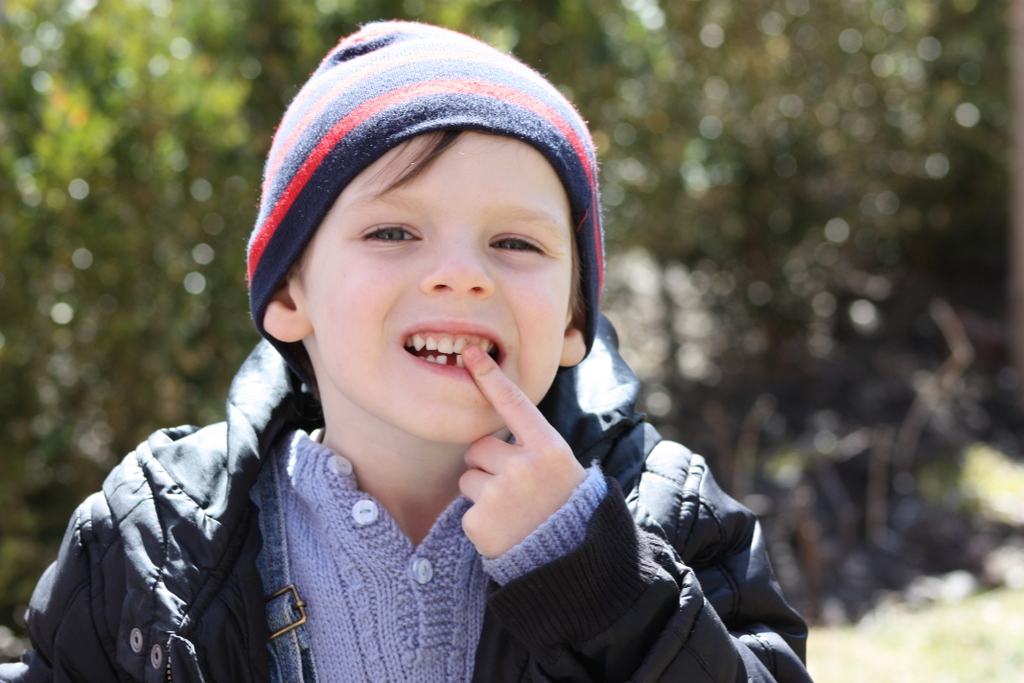 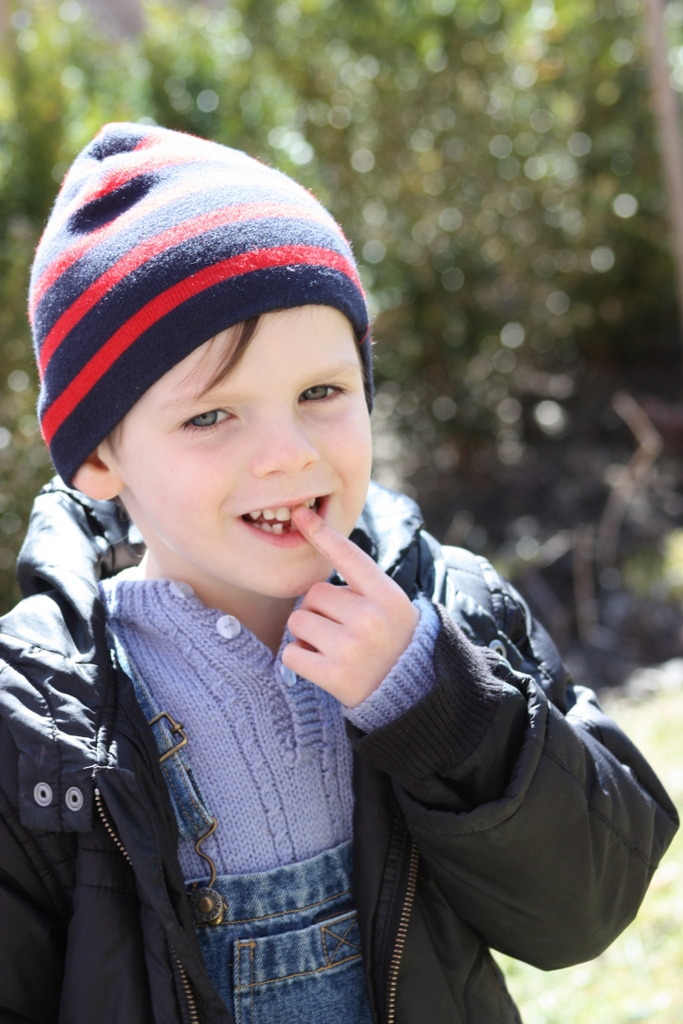 So. The other test.

Clinic day we had another important meeting to attend – Craig and I were called in to meet the neuropsychologist to receive the results of Gavin’s neuro-psych evaluation. Most of what follows will be of special interest to other brain tumour parents, but not necessarily to everyone else. Disclaimer!

I’m sure it has not escaped you that the problem with brain tumours is that they tend to cause brain damage. The other problem with brain tumours is that the treatments for them also cause brain damage, along with a host of other types of organ damage. Now, in adults, the consequences are serious, in a still-developing child, they are devastating. Learning of these consequences is part of a terrible series of vomit-inducing meetings that parents have to attend as their kids begin the journey through treatment. Each choice that we make can have far-reaching impact, or little to no impact, there is absolutely no way of knowing because each child responds to treatment so differently.

There is a big debate in the pediatric oncology world about choosing to administer radiation or not in small children. Some types of radiation (proton beam for example) are considered more focused and less damaging to surrounding tissue. But proton is super-expensive, like mortgage your house expensive, and there are no proton facilities in Canada. Canada’s quite awesome health-care system will not always approve payment for proton. So our group of doctors at Sick Kids did a study a few years back which showed great promise in only administering high-dose chemo and stem-cell transplant to a group of AT/RT kids, sparing them irradiation, and hopefully the cognitive deficits that usually go along with it.

Back when we were going through induction chemo, I was given a copy of this report on the same day I was due to sign a bunch of paperwork to move forward with stem-cell transplant. I happened to flip to the page that outlined the survivors IQ testing results prior to and following treatment. The results were so saddening. I felt sick and my eyes flooded with tears. These kids’ scores were low, far lower than average, and each had lost many IQ points as a side-effect of treatment. Seeing those numbers in black and white was almost enough for us to call everything off. We could not face making the choice to damage our child in order to save him. We had a meeting with the team, discussed everything at length and decided to go ahead. The doctors were able to explain to us that the testing circumstances of some of the kids was less than ideal, so the numbers were not an accurate reflection of the children’s abilities, etc.

The most important thing that I took away from that meeting is that it is the role of the parent that makes the difference for each child. There are very important statistics in the outcomes of leukemia patients from the 80s that show that it was only that a child’s parent was a teacher that made any difference in their testing. Children who had teachers for parents scored significantly better than those who didn’t. And our doctors also shared with us that they’ve seen other families where the parenting is poor and neglectful. And those children have not thrived at all. I think I was already working pretty hard, wink, but that meeting cemented for me that to help Gav I had to work.

I should also add that I now don’t believe in IQ scores. Like prison systems, assigning a number to a person is dehumanizing and not very revealing. Most of us don’t know what our IQ is and have never undergone formal evaluative testing. But we all know that we’ve got strengths and weaknesses. We know what we are good at remembering and what not. Why can some of us spout off song lyrics or trivia but forget phone numbers? (Me.) And some gifts are things that can’t be qualified by a number, like musical ability or artistic skill. Some of us have great empathy or communication skills. Some of us have great athletic talent. And we cannot know those things by knowing that someone’s IQ is such and such.

So I didn’t feel great about Gavin going for neuropsych evaluation. I worried that they would find an area of deep concern, that would require loads (more) therapies and interventions. I worried that they would (somehow) misinterpret his great strengths and not see them for what they were. Yes, I definitely wanted to know if an area needed help, but I also didn’t, if you understand me.

As it happens, I didn’t need to spend those sleepless nights lying awake. The psychologist was happy to share with us that they did not identify any areas of concern. The testing took several hours and looked at early academic skills, communication, visual spatial and fluid reasoning skills, processing speed, working memory, auditory attention, etc. Gavin tested in the average to high average range in most areas, with some areas, like verbal comprehension and language abilities, in the 98th percentile.

Needless to say, we are more than happy with these results and not that surprised that our little chatterbox did so well. Also very relieved that there were no recommendations made at this time, and he will most likely do pretty well at school.

The only issue that we did discuss was that he does have difficulties with “emotional regulation.” Meaning that he has a hard time controlling his feelings and is prone to pretty strong outbursts of anger or tears when things don’t go according to plan. That’s an area that we have been well aware of and are busy trying to help him sail those stormy seas. This is pretty common in kids with posterior fossa tumours. He needs a lot of love and understanding and connection, and Mum and Dad have to try to control our own outbursts too. It’s not always easy, as when he lost his temper with me this morning before school and locked me out of his room, shouting I’m so mad at you! through the door.

This post is getting long, so I’ll end by saying that although there may be an IQ number on Gavin’s file, I do not know what it is and believe that I will keep it that way.

One response to “2 Tests and A Tooth”